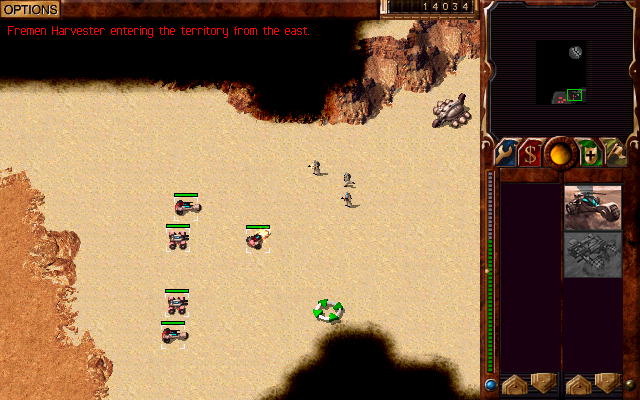 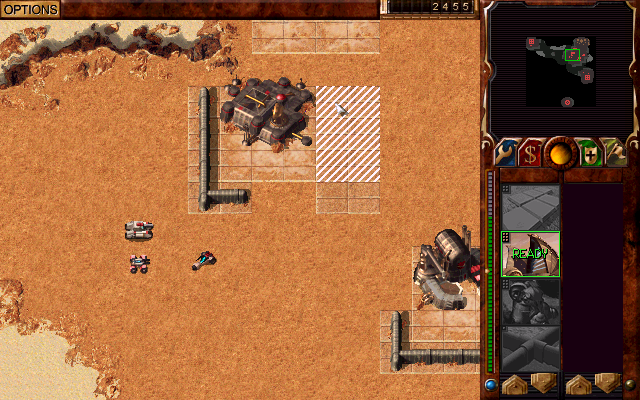 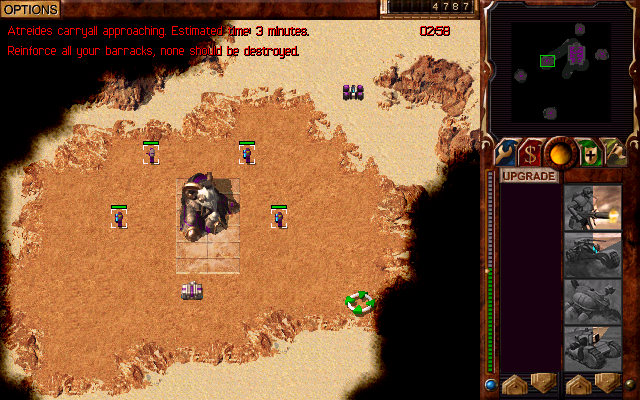 The Harkonnen Were harvesting the spice without caring about anyone. One day they killed (without any remorse) some civilian Fremen. The Fremen swore a vendetta against the Harkonnen. Both Emperor and Harkonnen need to work together to defeat this new threat (choose Emperor from launcher). Note: This is a alternative version of the “Fremen Warriors” campaign, so instead playing with Fremen now you will be Harkonnen and the Emperor, reusing the same maps but modified to adapt to the new events.