This was originally posted on 28 September 2013 by mvi as a news post. It has now been moved to this page as a permanent article.

Recently I asked Jason Redway, one of the artists on Dune 2000 to share his experiences of the Dune 2000 development process. Not only did he provide some really interesting information but he also sent pre-production artwork and promotional pitch video that Intelligent Games sent to Westwood.

Before we actually started production of D2K, we had to pitch the idea to Westwood Studios, many of the guys were playing C&C at the time and we had a reasonably good relationship with Westwood Management so we had a good chance but it was not a definite. We had to prove that we had the technology and the expertise to diversify into the RTS genre. Previously we had a 3D adventure game (Azreal’s Tear), a golf game (PGA European Tour) and the recently completed Waterworld – this one was the closest that we had experience of combat strategy gaming.

Initial ideas were that we would use the 3D engine we had produced Azreal’s Tear and the recently cancelled Dark Hermetic Order to create the first realtime 3D RTS. With this brief I was tasked to create a short atmosphere setting video that we would present to Westwood. I used 3DS Max 1.2 and created some environments, the lead art director (Richard Evans) produced some real-time units and buildings that we were going to use for a tech demo which I included in the video. During production of the video it was decided that the average home computer in 1998 would not be powerful enough to render a screen full of 3D and still be playable so the switch was made to pre-rendered isometric artwork. More units were produced in this fashion for the tech demo and I also used them for the video.

I also got involved in R&D for the terrain, after the decision was made to go pre-rendered I produced a bunch of tilesets that we used to work out the requirements for what types of tile we would need. Being a fan of US Gold’s Gauntlet beck in the Coomodore64 days I found that it was quite easy to define internal and external corner tiles. They didn’t look particularly nice but they did the job of working out what we needed: 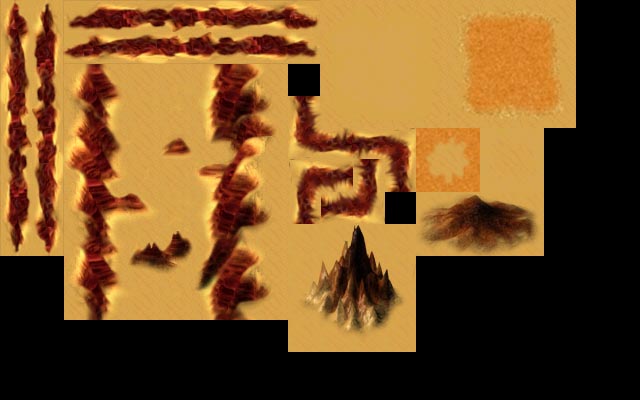 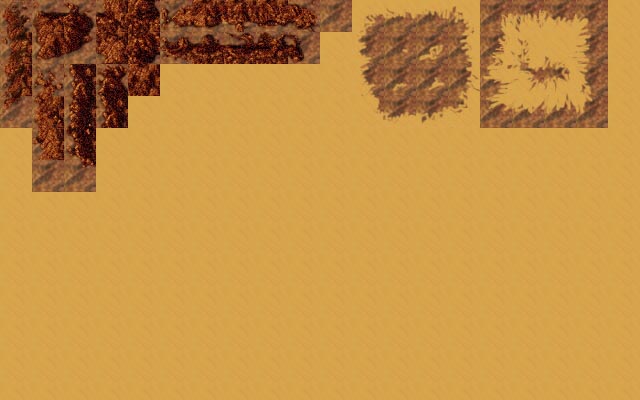 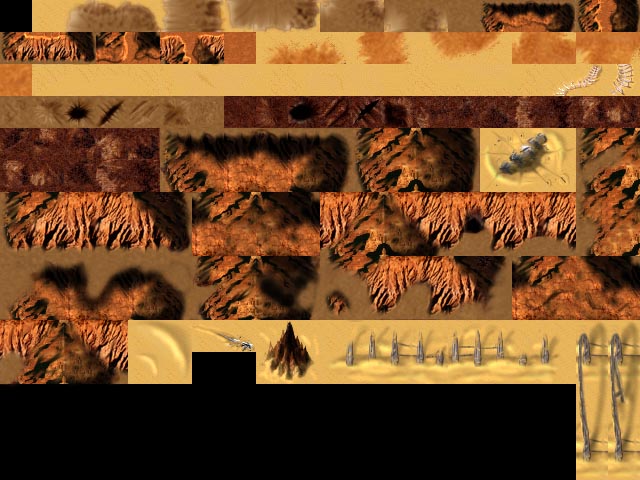 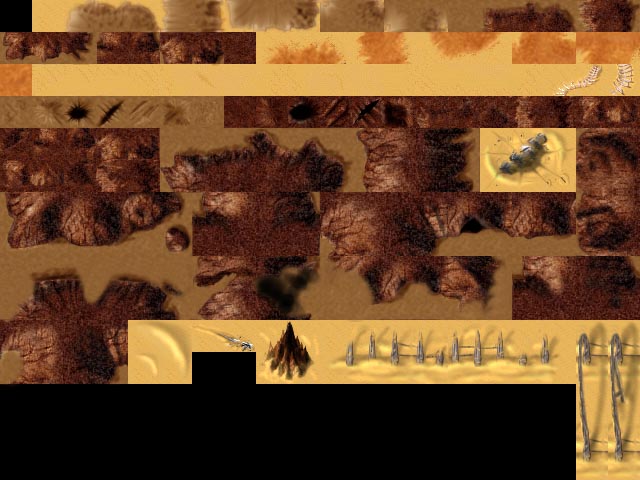 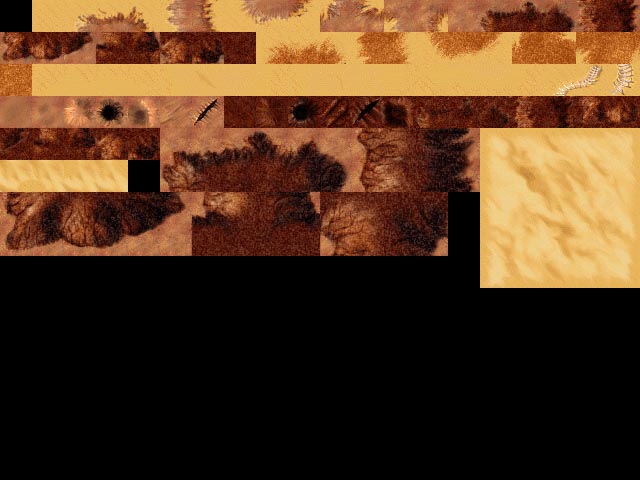 The last two images here showing the wreckage of a crashed heighliner and the skeleton of a dead sandworm – albeit a small one.

I also started developing some feature ideas too, some things that would have a strategic element in the game, such as ravines and gullies: 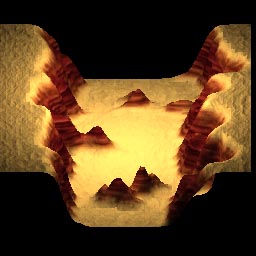 The tech demo was a simple playable game to prove that we could grab a unit and make it attack a building. The video that I had produced was used as an intro to the game demo. Westwood were impressed that we had produced a tech demo and intro movie in just three weeks and we were give the go ahead for a 12 month production time for the full game.

I also had a little play around with the UI, I wanted to bring HR Giger back into Dune so I produced a score screen that used his skull factory image:

After pre-production on D2K I was moved onto working on a track data disc for EA’s Need for Speed II. The process was heavily technical and I was the most technical artist at IG at the time so I qualified myself more for that than working on D2K fulltime. I did however get called back into D2K during quiet times on NFS and it was one of those periods I produced the cursors but it was really too easy, they wanted them to look like the C&C cursors but fit in with Dune – my only choice really was to make them isometric like the game world.