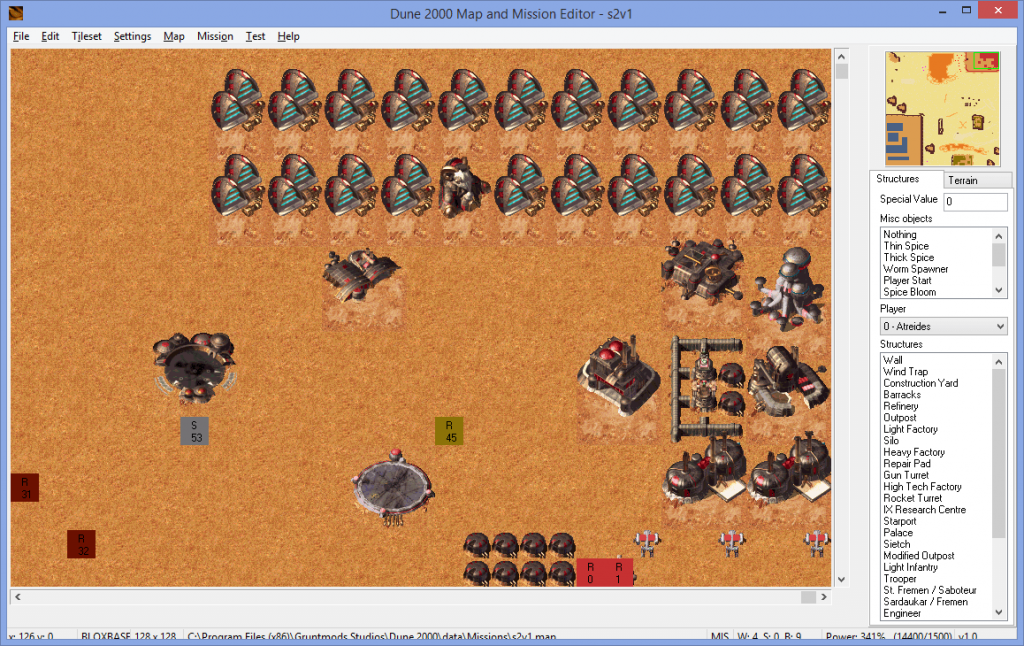 Version 1.0 of the Map and Mission Editor has been released by Klofkac. Now you can create and edit mission scenarios in a single program without any hassle! The program also has full support for .ini files that were introduced in the latest CnCNet patch.

Dune 2000 Images Download There was a broken download link on the images page, I’ve corrected the issue and confirmed it is again working. Click here to view the page
06 September 2014 –... I’m pleased to release Version 1 of the Build Queues Patch. This patch introduces queuing for units when you’re already building a unit from that building. So
New Tools Added Some new tools have been uploaded by Klofkac. The first is an updated version of his Map and Mission Editor, it includes a variety of features (too many
Site Updates: May 2017, T... Hey everyone, just wanted to make a post to let everyone know that I am in fact still alive and kicking. Not much to post, just that
New Mods: Tleilaxu Plague... Three new mods have been added to the site, Tleilaxu Plague, Special Skirmish and EBFD Ancient Rivalries. All 3 are designed by  Cm_Blast and once again offer an interesting take
New Mod: Fremen Warriors Cm_Blast has created another new Campaign mod titled “Fremen Warriors”. This campaign focuses on the stealth and expert ambush tactics of the fremen. Check out the mod page: https://d2kplus.com/fremen-warriors/
Site News: April 2016 Hey everyone, it’s been awhile since I’ve been able to make changes to the site so I made the time to sit down and make some improvements.
Tleilaxu Campaign Cm_Blast has released a new campaign featuring the Tleilaxu. This time numerous game play changes are present. Click here to view the page Posted by: gruntlord6
New Mod: “The Emperor R... Cm_Blast is at it again, this time he has created a campaign mod titled “The Emperor Returns”. What makes this mod somewhat unique compared to his previous work is
27 July 2015 – Map ... Version 1.0 of the Map and Mission Editor has been released by Klofkac. Now you can create and edit mission scenarios in a single program without any