New Mod: IX – The Technology is ours

A new mission was released by Cm_Blast, “The Technology is ours”. This one features several changes to core gameplay, as well as the ability to play as House IX. 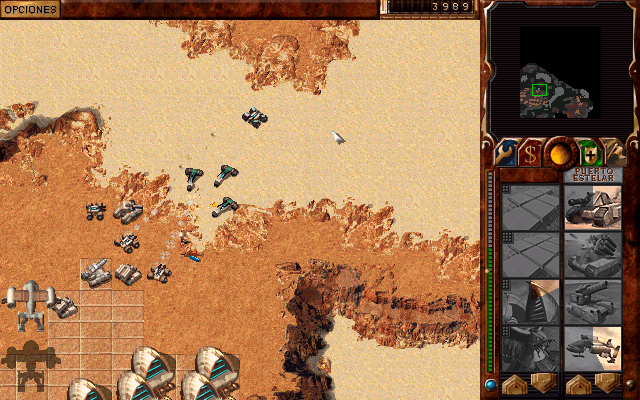 Server Changes MVI has announced that due to personal commitments, he will no longer be able to operate the site. Upon hearing this, I offered to host and maintain
Site News: April 2016 Hey everyone, it’s been awhile since I’ve been able to make changes to the site so I made the time to sit down and make some improvements.
New Mod: No More Spice A new mission was released by Cm_Blast, “No More Spice”. This mod explores the interesting scenario where Sandworms no longer generate spice.    Click here to view the page
Dune 2000 Images Download There was a broken download link on the images page, I’ve corrected the issue and confirmed it is again working. Click here to view the page
New Mod: The Emperor’s ... A new mission was released by Cm_Blast, “The Emperor’s Plan”. This mod takes place in the same plotline as Dune 2000 and Dune 2, however the Emperor
The Emperor Returns Updat... An update has been made to the mod “The Emperor Returns”. In first level the airstrike was suppose to attack, but due a low priority to attack
dune2k.com Forum Integrat... We have completed our integration with the dune2k.com forum. Whenever a news post is created, a topic will automatically be created and posted to the forum containing
Site Redesign I have decided to give the site a new facelift. The main goal of this redesign was to make the site feel more modern and to make
11 Mar 2014 – Dune ... I am very proud to announce the release of my new menu mod to D2K+! The “Debug Menu” is a powerful mod that adds the ability for
New Mod: Ordo’s Tactics A new mission was released by Cm_Blast, “Ordo’s Tactics”. This mod is an alternative take on the official Ordos campaign. Click here to view the page Discuss this